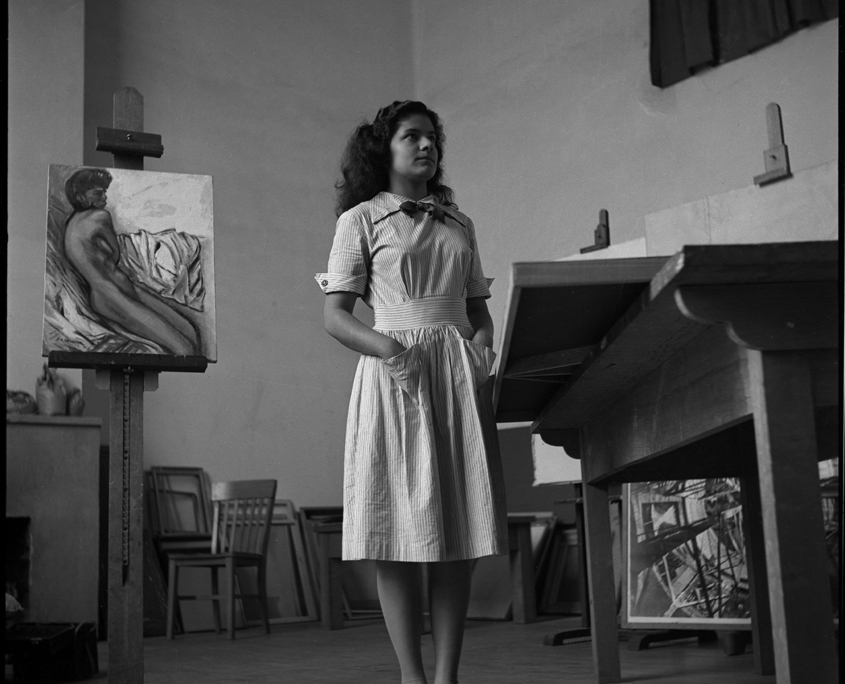 Lucrecia Orozco Valladares(1927-)
Daughter of José Clemente Orozco and Margarita Valladares. Remark by Emmanuel Herrero Morales: “This was taken at José Clemente Orozco’s home studio. It shows Orozco’s only daughter, my mother, Lucrecia Orozco Valladares, at 16 years of age. I can briefly tell you that she had the fortune to receive lessons directly from the master Manuel Álvarez Bravo on photographing the ovens and the workers’ labor. The painting at in the background is a nude by Orozco, in oils or tempera, and the photograph under the table corresponds to the cupola of the Hospicio Cabañas.”