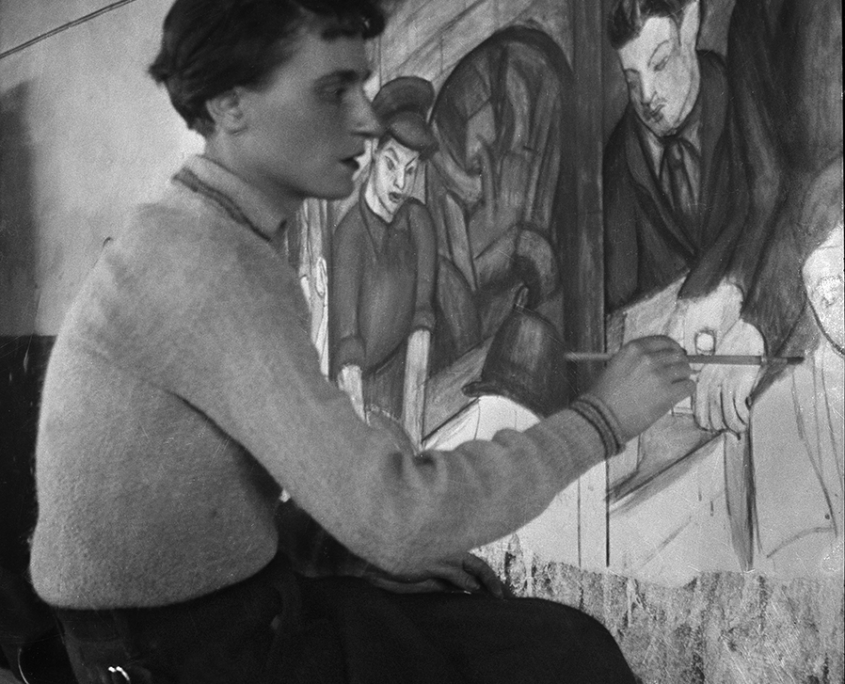 ¿Maxine Albro(1893-1966)?
Artist from the United States who began to create murals after meeting Diego Rivera while traveling in Mexico at the end of the 1920s. She participated in the important WPA Federal Art Project carried out by the Roosevelt administration during the Great Depression, which commissioned her to work on murals at Coit Tower and a mosaic at San Francisco State University. She returned to Mexico on several occasions with her husband, artist Parker Hall. She was a member of the California Society of Mural Artists, the American Artists’ Congress and the California Art Club.