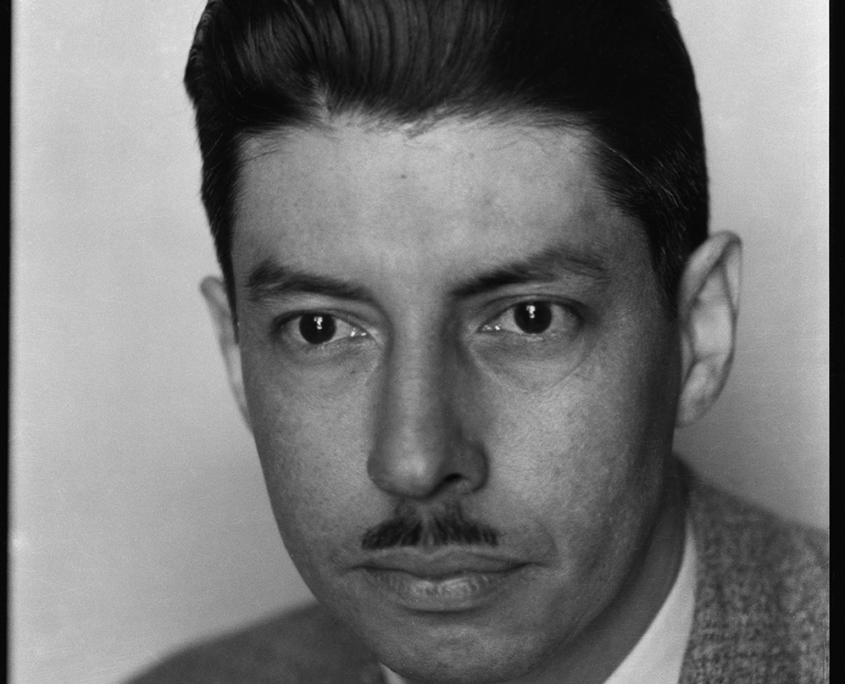 Pulmonologist, Guggenheim grantee in 1932 for treatment of tuberculosis, author of La tuberculosis en la República Mexicana, published in 1930. In 1936 he was named founding director of the Sanatorio para Tuberculosos at the SSA, in Huipulco, D.F., currently the Instituto Nacional de Enfermedades Respiratorias, which he directed for 11 years.
He was the founder and first president of the current Sociedad Mexicana de Neumología y Cirugía de Tórax. In 1951 he was named president of the Academia Nacional de Medicina, of which he had been a member since 1939; from 1962 to 1966 he was the director of the Department of Medicine of the Universidad Nacional Autónoma de México.
We believe this portrait was taken when he applied for the Guggenheim grant, at the same time as the photo published on the page of the Guggenheim Foundation.