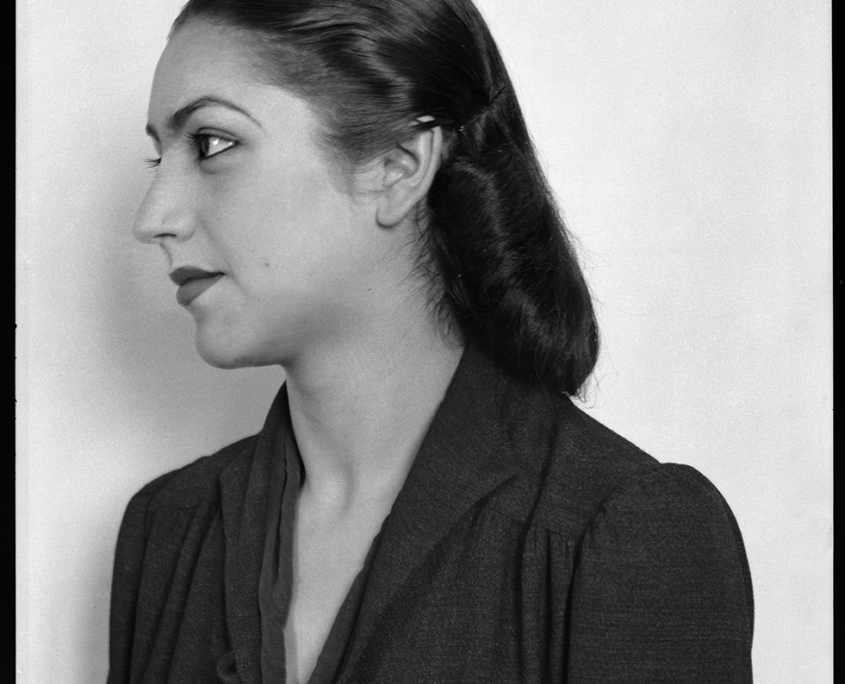 We cannot say with certainty that the woman in this portrait is actually Rosa Covarrubias, as indicated by the publication from the Spencer Throckmorton Gallery.

Rosa Covarrubias was a dancer, choreographer, costume designer, photographer, painter and collector. Born in the United States, she arrived in Mexico in 1926 with Adolfo Best Maugard and Miguel Covarrubias, whom she married in 1930. She was a model for Roberto Montenegro and Diego Rivera. In 1958 she received a grant from the Guggenheim to create the photography book Living and Dead: Dance in India and Bali. She designed the costumes for various stage performances, most prominently for Walter Hicks’ African American dance company. As a painter she made portraits of Dolores del Río, María Félix and Frida Kahlo. 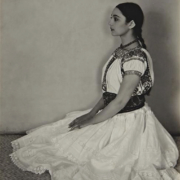